Not this time Yes, I claimed it!
T&C's Apply
50+ Spins on Sweet Bonanza
Spins - Exclusive

Cashback Bonus
No Wagering Requirements
New players will automatically qualify for at least 1% Daily Cashback and can get up to 20% Daily Cashback if you reach the Legend VIP level within the first month of playing.
claim note

Getting to Valhalla has never been easier, as you can now simply pay a visit to Viking Bingo and score all sorts of prizes and cash. All jokes aside, Vikings have always been a popular subject among gamblers, so it’s no wonder that there is a bingo site themed and named after the almighty Scandinavian warriors.

Known for quite adventurous and competitive spirits, Vikings are here to make it easier for you to land down some sweet wins, and perhaps some of their magic will rub off on you. But you will have to put up a fight in terms of getting your hands on the perks, because those bonus spins only come flowing when you complete missions or take part in happy hours!

Once you reach the site, you will be greeted by a hefty introductory package that’s closely followed by several other promotional offers such as happy hours and cashbacks, and you can also collect trophies (aka missions!). Owned and operated by Jumpman Gaming Limited and it proudly sports a license issued by the UK gambling commission.

Tip: You can’t play any games without creating an account and logging in first, not even just to try them out.

The games lobby is where battle commences only instead of selecting a weapon, you will need to select one of the many hundreds of games! Despite the sheer volume of titles offered, you’ll be greeted by a simple interface where it will be really easy to find the games that suit your taste, and you can even add games to your favourites for quicker access the next time you come ashore!

The lobby is populated by numerous video slots along with bingo rooms, live casino games and progressive jackpots. Popular bingo rooms include Bingo Blast – the very first Pragmatic Play bingo outfit where explosive action is guaranteed in each round of speed bingo. Then you have Bingo Millions rooms – this is a more modern bingo variant where it’s just you against the machine to win up to £10m.

Progressive jackpots include releases from online casino experts such as Yggdrasil and Eyecon, and winning one is as simple as being in the right place at the right time! Stampede, Irish Luck, Shaman’s Dream, Temple Of iris, Holmes And The Stolen Stones, Ozwin’s Jackpots, Beat The Bobbies and Shaman’s Spirit.

Now for the slots. If we were to detail each and every game, we would be here for months – literally! Hundreds upon hundreds of games are available on mobile and desktop with many new titles emerging each week: A Dragon’s Story, Africa Goes Wild, Agent Jane Blonde, Champions Of Rome, Cocktail Cash, Electric Sam, El Jackpotto, Gem Rocks, Golden Grimoire, King Tusk, Lucha Maniacs, Monster Mash, Pharaoh’s Luck, Poltava, Raging Rhino, Reptoids, and numerous other hot titles with some of the best bonus features wait to greet you.

To play on the go, all’s needed is a mobile device with an internet capability. A reliable internet connection would be needed too, but I assumed you already knew that. Accessing the full suit of Viking Bingo games is as simple as heading to the bingo site via the browser. Who’d have thought you could take a slot machine with 6-reels and up to 1,000,000 ways to win out and about with you in your pocket, but you can!

Insert your username and password and you’re good to go! From table games where you control the start times to live casino tables offering a bricks-and-mortar experience, Viking Bingo caters to your every gaming desire, even on mobile. Switching between games is made simple via swiping gestures and strategically placed buttons, which is great news for newbies!

Loyal customers always deserve better treatment, so this site is no exception to the rule, only unlike traditional VIP schemes, this one comes under a ‘one-for-all umbrella’. No high-roller advantages here or ladders to climb, just a system where you complete in-game missions to receive additional spins. In addition to this, players can benefit from real money cashback based on the previous day’s losses, however, this must be manually claimed from the lobby.

All things considered, Viking Bingo might be yet another bingo site that’s owned and operated by Jumpman Gaming Limited, but it brings along a refreshingly new theme inspired by the ancient Scandinavian warriors. Under the hood, it really is pretty much just like any other Jumpman site, so if that’s up to your alley, you will feel right at home here. 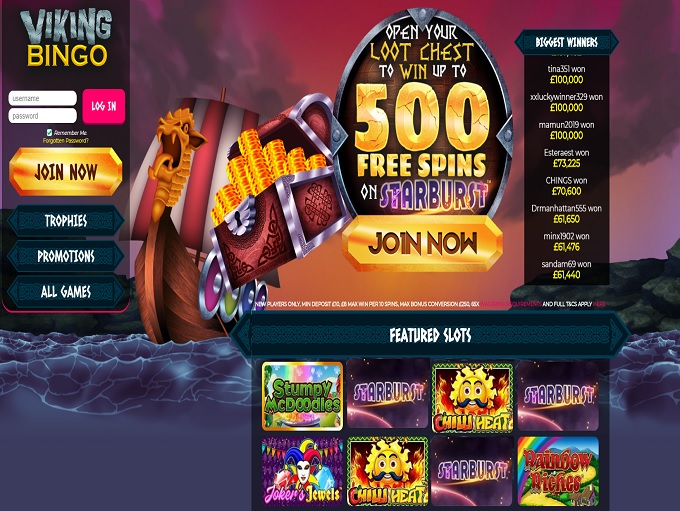 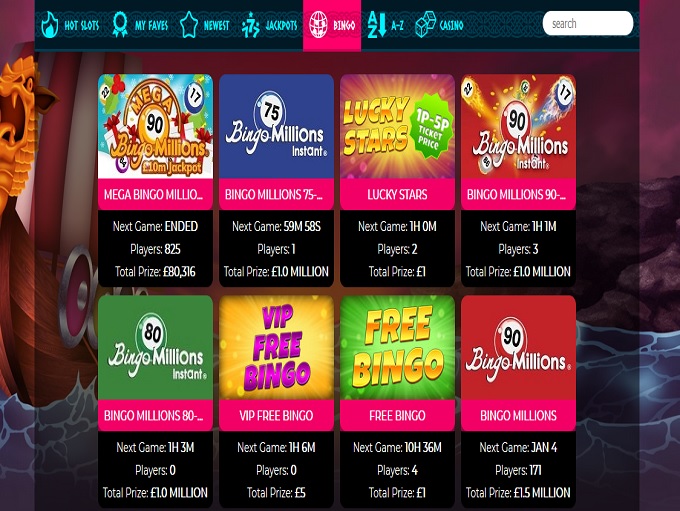 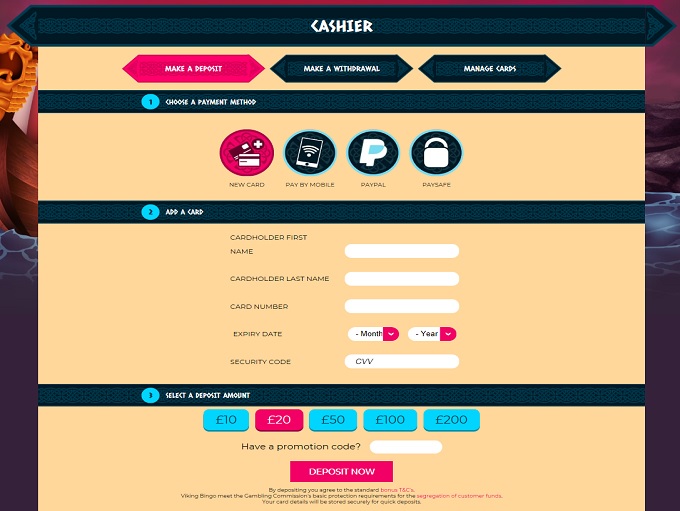