From Poker to Bingo for New Chief Operating Officer Mansour 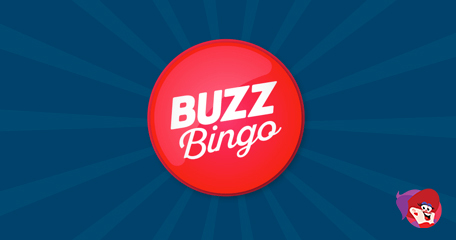 Buzz Bingo is eyeing great things for 2021 and to kick-start those ambitious plans, Dominic Mansour, the once senior vice president for South Europe at Poker Stars and former managing director of Full Tilt, has been given the role of the new chief operating officer of its digital business, which he aims to start later this month.

Sliding from his previous role of chief operating officer of digital business is Stevie Shaves, only it’s onwards and upwards for him with the position of chief commercial officer placed above his head. Will it be much of a leap from poker and gaming to bingo? It may be, but the move will only serve to boost player engagement and numbers.

“We operate in a highly competitive, fast-moving sector but one in which Buzz’s omni-channel opportunity gives something unique,” Mansour said. “I know after more than 20 years in this industry, all over the world, we have the ingredients to really succeed and grow. I’m really looking forward to bringing my experience to Buzz and to work together to drive the business onto the next stage.”

Shaves’ new role means he’s replacing Jamie Queen, who according to reports is set to leave the bingo giant at the end of the month. Duties will include overseeing bingo, slots and food and drink development up and down the UK bingo clubs while driving omni-channel strategy for the bingo operator. With many a hall closed still, we’ve a feeling this task may be a little more difficult than it ought to be!

Buzz Bingo chief executive Chris Matthews said: “Dominic coming on board with his exceptional sector and leadership experience will be crucial in driving the next phase of digital growth for Buzz. Stevie has done an incredible job taking Buzz Bingo from an idea to one of the UK’s leading online brands in just over two years. I am excited about what Stevie can deliver for us in his new commercial group role.” He continued: “I’d also like to thank Jamie for his hard work and considerable achievements and wish him luck in his new ventures.”

It’s certainly all go for Buzz Bingo who only a few months ago appointed a new marketing director, Harry Lang, the founder of marketing consultancy brand Architects. Shortly after that a brand new £1m promo was unveiled just in time for Christmas. This announcement came just before the integration of NetEnt slots and more recently, the arrival of 1x2 Gaming and Iron Dog titles.

If you play at Buzz you should follow Roger on Facebook. The buzz bingo page offers weekly quizzes where you take part in a live video feed (roger is live not you)...

If you play at Buzz you should follow Roger on Facebook. The buzz bingo page offers weekly quizzes where you take part in a live video feed (roger is live not you) to win a share of big cash prizes! It’s so much fun. And he gives away free bingo bonus codes.