Megaways Content to be Available to US and Canadian Regulated Markets 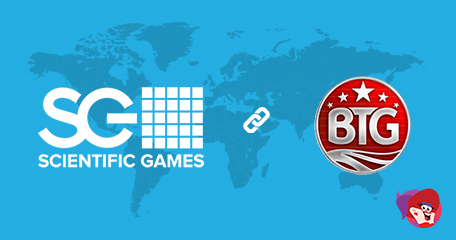 October 20th, 2020, Las Vegas, Scientific Games and Big Time Gaming agreed a deal that would see the developer’s new content to be exclusively available to all regulated markets in the Us and Canada. Available via OpenGaming, Scientific Games will become the sole distributor of all new Big Time Gaming (BTG) content within these areas. Operators within the UK and Europe will be granted exclusive access to all new gaming titles early as part of the deal.

Nik Robinson, CEO of Big Time Gaming, said, “Scientific Games are an important partner to us, and we had no hesitation in securing a significant deal that builds on the technology, distribution and product capabilities across their ecosystem. With the reach and position of OpenGaming more players than ever will enjoy spinning the reels of our innovative games.”

Taking Megaways to the US

The new deal is expected to bring the two companies closer together as they bring new content to new regulated markets. Content will include the hugely popular Megaways mechanic as well as the innovative concept known as Megaquads as seen in the Slot Vegas title where four sets of 4x4 reels can produce epic thrills! Each spin is made up of four 4-reel video slots which each offer up to 256 ways to win, only, during the ‘rainbow wild bonus game’ there’s as many as 16,777,216 ways to win per spin!

Dylan Slaney, SVP Gaming, at Scientific Games Digital, said, “Big Time Gaming’s content needs no introduction and securing this exclusive distribution deal will significantly strengthen our OpenGaming offering. Their games are some of the most sought after in the iGaming community. We have a very clear vision to build the world’s most powerful aggregation platform with leading customers and game developers in every major regulated market. This new and improved partnership is testament to our teams who have developed all of the proprietary technology that powers OpenGaming. We’re excited to begin the next chapter of our partnership with Nik and the team at Big Time Gaming.”

Other popular games to be included in the new deal are Bonanza; the very first slot machine to feature the Megaways mechanic, Extra Chilli Megaways, Holy Diver Megaways, Monopoly Megaways, Royal Mint Megaways, Kingmaker Megaways, Star Clusters Megaways, White Rabbit Megaways, Who Wants to be a Millionaire Megaways and Vikings Unleashed Megaways. BTG are an industry leader and are renowned for creating industry-firsts, so we can’t wait to see what they come up with next!

Megaways slots are huge and this is great news for slots players over in the states! I love these types of slots although I’ve never been lucky to win anything substantial.

Megaways slots are huge and this is great news for slots players over in the states! I love these types of slots although I’ve never been lucky to win anything substantial.