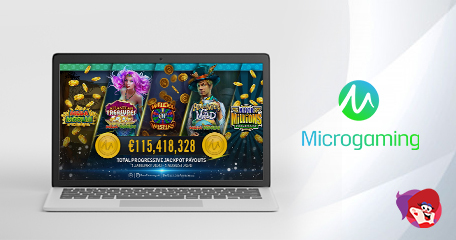 I know we’re predominantly an online bingo loving community here, but there are many of us who also love to try our luck with slots. Especially slots with life-changing cash on offer! One of the biggest producers of millionaires is Microgaming, the Isle of Man based software provider and they’re showing the competition how it’s done once again!

In the last 7-months, the Microgaming network has seen seven lucky winners land a prize of at least €1million, taking the total pay outs on the progressive jackpot network for just the latest string of winners to more than €30 million! The most recent (and seventh!) was playing Microgaming’s Major Millions when €1,650,382.89 decided it was time to drop!

The UK player was playing at Spin Casino when they become the seventh millionaire of 2020 and it’s no surprise to learn they wish to remain anonymous. The regal title packed with princely riches and more than just a touch of class awarded the life-changing win on just a €3 stake!

UK spokesperson at Spin Casino said: “We are absolutely thrilled for our winner, who has become a millionaire overnight. Microgaming’s Major Millions has always been a popular game and we are delighted that the new 5-reel version is proving similarly so with our customers.”

John Coleman, CEO at Microgaming added his comments on the recent lucky winners: “With total lifetime payouts exceeding €1.2 billion, Microgaming’s progressive jackpot network has had an outstanding year to date, driven by a number of new game releases, including Wheel of Wishes, Atlantean Treasures and Absolootly Mad.

We look forward to building on this momentum over the coming months, hosting more feature-rich games that feed into our leading jackpots, which have paid out over €115 million across 2,571,389 jackpots so far this year - that's more than eight payouts every minute on average!”

Can you imagine that? 2,571,389 jackpots have been won in 2020 and have seen players landing combined wins of over €115 million! All cash prizes which are paid in one lump sum! Think you have what it takes to become the next substantial network winner? Coral Bingo allows players to access the full suite of games from one log in – including progressives!

Sign up, receive your welcome offer and make your way to the games lobby where titles crammed with cash are waiting to be won! From Superman to the Batman release in DC characters to sporting legends A.P McCoy and Ronnie O’Sullivan, Age of the Gods to Red Tiger must drop jackpots, they have it all!