The Dos and Don’ts of Bingo – How Many Do You Recognise? 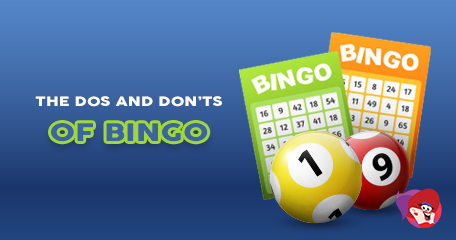 The one thing we have in common is our love of bingo and there’s no denying it’s a great pastime, but every now and again we need reminding of the rules and guidelines. Playing bingo is more than just signing up and watching tickets play out automatically, it’s a gaming experience which is designed to be fun only for some, the fun stops but the playing doesn’t. And, if you ever find yourself in a situation where dabbing tickets is no longer a pleasure, you need to take a break.

The Top-Five Don’ts of Bingo

This leads us to what you shouldn’t do, many of which are obvious. The first is don’t expect to win because the chances are you probably won’t! If there are 100 players in the room, your chances of winning are 100:1 and if you log on expecting to win, you’ll be sorely disappointed. There are things you can do to boost your chances of winning, including playing at off-peak times and heading to rooms where there are less players (and less prize money!).

Great tips! I didn’t know you had to send bank details! I would have sent it all over without even thinking!