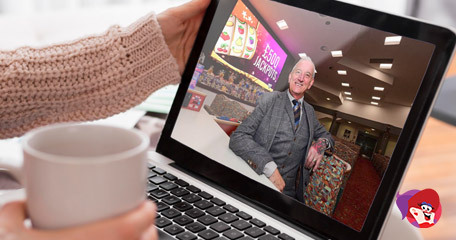 A retired bingo caller with more than 40 years in the industry has opened up on what life is really like calling those bingo numbers. Throughout an impressive career spanning four decades, Steve Barlow-Linder from Bootle, Liverpool, has worked in bingo hall across the city including Buckingham Bingo, Mecca Bingo and Castle Bingo.

In that time he has had to organise surprise proposals, appear on television and help deliver a baby during bingo games! Oh, and he had the pleasure of rubbing shoulders with one of the biggest and best cricketers England has ever seen!

Steve’s love of bingo came from his mother, who spent her last day playing bingo and winning! Speaking to the ECHO, the 66-year-old said: "My mum who was 92 when she passed, her last day was in the bingo. She won a £10 line and obviously the next day she passed but that was her life, and she got all the family into bingo and because of my mum I started in bingo."

Eyes Down For A Newborn Baby

Initially, Steve was only supposed to be working in bingo clubs to pass the time while waiting to start a career in the hospitality trade (hotel), but once he got his feet under the table and a mic in his and, the passion for the game grew and grew! Learning the bingo etiquette didn’t take him long!

He told the ECHO: "So I took the part-time job on at the bingo and I never went back. I was there in the club for two weeks and I was calling main stage bingo after two weeks and I had never used a microphone in my life, it just come natural."

He said: "Some of the experiences I have had have just been fantastic. When I was in the Regal in Broadway I was on stage and a young lady came in and went into labour and I was the first person on duty that day. She gave the baby the second name of Steve, that was an unbelievable thing. I was the first person ever to win a bronze, silver and gold award. They were called 'WOW' awards for going above and beyond duty."

Now there’s something you don’t see every day!

Entertaining bingo crowds is an acquired skill and Steve certainly knew how to keep his bingo players on their toes, especially when it came to winning big sums of money! Reminiscing on his career, he revealed how one woman won a quarter of a million pounds on her first visit to bingo with her mum and dad!

Steve said: "It was an engagement in the bingo and I had to set it up. I had to wait for him outside and he actually went outside and come back in and got down on one knee and the whole place erupted and it was fantastic. She said yes and burst out crying."

His decision to stay within the bingo industry was based on how friendly and giving the people were. Not only did a love of bingo run through his genes, but he also met the love of his life over a shared passion for bingo. Steve’s partner Derek is also a bingo caller!

Continuing he said: "I am a people person. I love my members, they are your bread and butter but not only that because I have always fundraised they are the ones I have had to rely on. In Liverpool, I am so well known for my fundraising [...] they all know me as a fundraiser. The reason I have stayed in bingo so long is because I am a people person and it is just a great atmosphere; there is no hassle in bingo, people are so giving and so nice."

Over his impressive career, Steve has won competitions for doing what he loves best - calling bingo numbers with traditional lingo. He’s also appeared on TV – a BBC show where he received his accolade and one-time where he was featured as part of a special bingo edition of Eggheads (quiz show)!

On top of all that he had the pleasure of training former England cricketer Freddie Flintoff to become a bingo called in just 4-hours! The training resulted in Freddie learning all bingo calls ahead of the TV quiz show being aired.

Steve concluded with: "Throughout my bingo career I have raised over a £1m over 40 years, so I was presented to the Queen at Buckingham Palace. I have met King Charles for my charity work as well, the Duke of Westminster, so I took my mum to Buckingham Palace. So she got to experience it and it was fantastic."

Plus, the 66-year old has raised more than one-million-pounds for charity in 40-years. The last six years of his career were spent at Castle Bingo in Bootle where more than 500 people turned up to throw him a retirement party. Heart-warming letters and gifts will remain with Steve from this day until his last.