We noticed that you just claimed a bonus from Rosy Bingo ?

Rosy Bingo has had to go through major readjustments of its online brand in March 2018, since regulatory changes directed by the UKGC and Advertising Standards Authority (ASA) stood in contradiction with the site’s previous name - Rehab. The platform launched in 2005 and it is operated by Broadway Gaming. However, after years of working under a now ambiguous label, the owners had to interact and create an entirely new domain, followed by a slight change in design. As a result of ASA’s decision to declare Rehab unacceptable, since it suggests an escape from personal problems, the site ceased its affiliate programs with charitable organisations.

Powered by the latest releases from Microgaming and Eyecon, as well as welcoming widely popular banking methods such as visa Debit, Skrill, Neteller and others, has enabled the site to stay on top of the tree, although in terms of lower ranking sites. The platform is licensed by the Gambling Commission for customers in the UK, and by Malta Gaming Authority for all other members. The main advantages focus on the introductory bonus and frequent jackpot games.

Tip: Slot spins award prizes based on wins not wagering! Forget having to spend a fortune to compete with your fellow spinners, as the rules openly state your points will be based on what you win, not what you can afford!

Although a popular online bingo brand, we wanted to gain our own perspective from a player's angle. In October 2021, our reviewer registered a real money account, completed a deposit via Visa Debit, dabbled in online bingo and slots, and, finally, cashed out. Is Rosy Bingo legit? We can confirm prompt email responses from the support team. In terms of bingo rooms, the selection of games was limited to 6, which may be disappointing to users expecting more variety. This test was completed on a laptop and mini games may only be played in widescreen view making playing alongside an active bingo game impossible. Of course, if you prefer to play side games between bingo game times, then this is no problem. When it's time to request a withdrawal, we'd like to note that all new sign-ups must verify their email prior to accessing the cashout screen in the cashier. Visa Debit cashouts qualify for 'Express Withdrawals', which means you'll receive your payment in anywhere from just a few hours to one day max. Our tester was paid on the following day, a speedy processing time indeed! More information in the full report: From the Players for the Players: Rosy Bingo: Was it All ‘Rosy’ for Our Reviewer?

There is quite an interesting gaming suite, one featuring four major categories: bingo, slots, instants and table games. The range of games is extremely popular on the market due to modern graphics, progressive jackpots, bonus rounds and others, but also because of the astonishing ways to win! In 2021, a new and revolutionary way to play bingo emerged – Bingo Blast, a Pragmatic Play powered vertical where explosive action is guaranteed in every game, and Rosy Bingo became one of the very first to offers this variant to players.

There are in total, four different bingo games (spread across numerous rooms) to tickle your fancy; 90-ball, 75-ball, 30-ball and the aforementioned Bingo Blast. Add to that a comprehensive online casino lobby with games ranging from classic thrills in Immortal Romance to modern multiplier mayhem in 9 Masks of Fire, and you’ve got one hell of a selection to work your way through.

Anyone who’s anyone these days is available on mobile, and yes even those dated tablets you may have lurking around can access the full suite of games at Rosy. To attract the mobile gamer, the operator has designed a flawless mobile website without the need to download any apps or software. Why go searching for bingo and games to then have to wait for installation when you can play directly through the browser? Instant fun and instant ways to win are always guaranteed here.

Landscape, portrait, iOS or Android, Rosy Bingo has a plethora of games to suit all styles and budgets. Being mobile optimized allows you to nip in and out without being hunched at your desk! From customer support, FAQ’s and chat games to bingo dabbing, slot spinning and banking, if it’s on Rosy Bingo, it’s on mobile. Popular games to play on the go include Poseidon Ancient Fortunes Megaways, 100,000 Wishes, 99 Time, Crystal Lotus, Joyful Joker Megaways and Avalon.

The owners of Rosy Bingo should have played it more professionally after losing the rights on the domain and undertake a major overhaul which could position their modest site higher among the stars, or at least some of them. By changing a few colours, games and promotional offers, only new players might notice the difference. Nonetheless, after being publicly promoted all over the Internet by the UKGC, what better marketing services could a casino want?

The name has changed, new games have been added and continue to be added, meaning players now have the opportunity to smell the roses and enjoy a nice gaming experience. Still, difficult wagering terms and slow payouts are not going to lure new players that easily, but there are a few tips to help that. Only accept bonuses with fair wagering terms or none at all to keep everything you win and, when it comes to making a deposit, use PayPal or another e-wallet, as this guarantees faster cashing out times!

Rosy Bingo has had to go through major readjustments of its online brand in March 2018, since regulatory changes directed by the UKGC and Advertising Standards Authority (ASA) stood in contradiction with the site’s previous name - Rehab. The platform launched in 2005 and it is operated by Broadway Gaming. However, after years of working under a now ambiguous label, the owners... 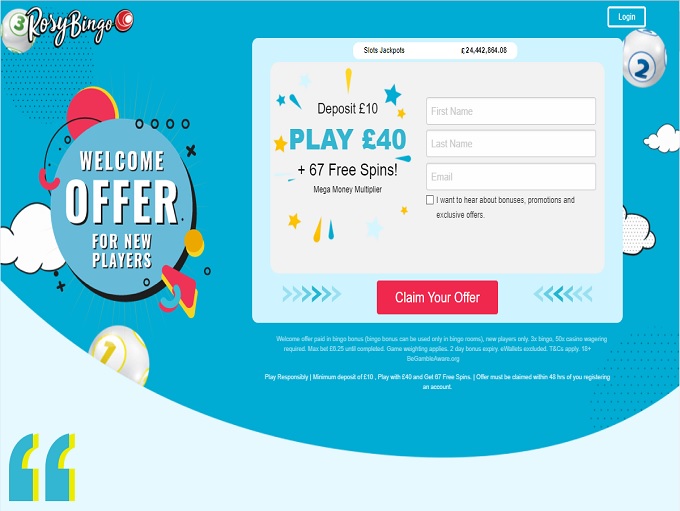 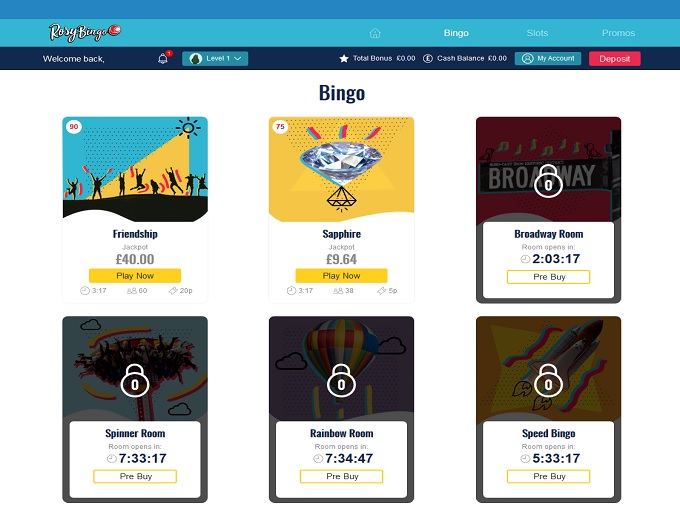